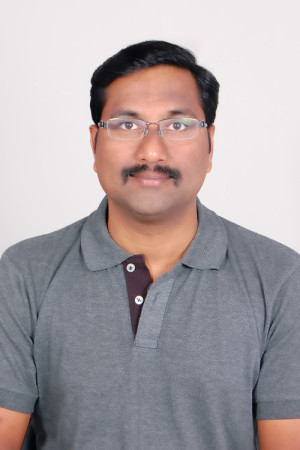 I was fortunate enough to be associated with the ABIAS family for over 5 years and with sir for around 3 and half years.

The stress on sir’s teaching was always ‘ meaning of each and every word’. A typical class would go like this :

“Why must one pursue excellence ?”

Like always we’d see each others’ blank faces and reply “To give your best.. ?”

“To achieve the best.. ?”. Another student said.

“Very Sad, why, why why excellence ? Because EVERYTIME I WANT TO GET IT RIGHT! ” Said Sir. These were the words that ingrained in my mind. In this way sir would free our minds and help us identify what our goals must be.

Another incident I would like to explain here, once a student had asked “Sir, how much must one aim in the optionals ?”

In this way sir would inspire us to not settle for meagre numbers. He would always want us set the “right” targets and work towards achieving them.

These things, may sound superficial, but they helped me a lot while preparing for exam. It helped also in the exam center as my competition was not with anyone and so I was not stressed by what people were talking. This was because I was clear in my mind that I have to do well irrespective of the paper  being easy or tough. That is how I was able to clear mains thrice back-to-back.

After sir’s demise in 2011, Ameya sir and Aashay sir helped me a lot. I really salute the fortitude of Ameya Sir who immediately after cremating his father comes of the cremation area and announced we’ll have class tommorrow at 9 am.

In 2012, I decided the take the exam again. This was my last attempt. I focussed a lot on GS and Essay. I had acquired very good marks in Socio and Pub Ad in 2010. So, I slowly tended to neglect the optionals thinking that I can good marks even without practicing answer writing. During this period, Aashay sir had helped me upgrade my Essay skills. On the exam day for mains, I was feeling less confident but carried on. I did get an interview call and so I was satisfied. For interview prep Ameya sir arranged some meetings with few serving officers. I first went to Odisha. There I met Mr. Sachin Jadhav, IAS. He was very receptive and asked specifically what went wrong in my last interview. After explaining he told me what things I needed to correct. I also went along with him to a village and interacted with few tribals.

In Delhi, I met Mr. Vijay Dev, IAS and Mr. Bhagawan Joshi. Mr Vijay Dev is one person whom I will never forget in life. I had opportunity to talk to him only for around 20 mins. His personality, clarity of thought and form of expression really impressed me. I immediately felt that this is how an IAS officer must be and took him as my role model.

In the exam this time I was able to achieve good marks in GS but I performed extremely bad in the optional subjects. I faced Mrs Alka Sirohi in the interview. Her first question had put me stress. I tried to recover and salvage as much. I got 174 in the interview. I was having a feeling that my name will appear in the list this time. Alas, it did not. I was devastated and thoughts of even committing suicide had entered my mind. I remembered what Sir had told me once. Whatever decision you take, take it after 1 week. I waited for a week. Did nothing. My friend took me to his place. His parents were helpful and made me realise of my family and life other than Civil Services Exam. The doors of CSE were closed on me. I met Aashay sir and he told me that I must start looking forward now. Since, I had not quit the job, I was able to concentrate other things and also started charting out career plans in the direction of my work.

On 22nd Feb, the news of extension of age and number of attempts had arrived. A great feeling of irony pervaded my mind. I asked sir, what does it mean ? Should I try again ? I was not sure that if I could not clear it this time too, then I would not be able to see myself in a mirror ever again. Aashay Sir told me only one thing. “Things happen to only those who can face them. It happened to you because you never quit. It happened because you can fight”. I made up my mind that I must appear for the exam one more time. This time I closed myself to all external influences. I rationally took out the syllabus, gathered study material and studied as if I was executing an 8 month long project. Aashay sir helped me by working with me very closely. He made himself available whenever I wanted. We’d even meet at around 10 PM after all classes to discuss my answers.

The mains exam 2014 was over in a jiffy, there was no time even to assess how the papers went. In January of 2015, we again started our Interview prep by visiting serving officers. Our stint started with Goa. Here we met Ameya sir and Nila Ma’am. We also met Mr. Ajit IAS who was of 2011 batch. He gave us a very personalized explanation of how we must prepare. For me he said my interview would be varied and general as my profile was like that. He told that each interview is unique and one cannot learn by reading about other s’ interviews.

Another thing we did during this period was that we 4 people who were preparing for the interview conducted mock interviews for each other. So, 3 people would sit and interview the 4th person based on profile, current affairs and the like. It was an extremely helpful process. We also videographed each interview and would look at our body language and correct them for subsequent interviews.

We further met Shri Nandkumar Saravade and Shrimati Pradnya Saravade in Mumbai. Interactions with them gave a broader view of police reforms, cyber security and make in India.

The interview dates arrived and two of our interviews were spaced over a week. A very crucial thing happened during this period which had a great bearing on my interview performance. Sir, himself had accompanied us to Delhi.  Presence of Sir in person had a great positive influence on my psyche. It gave me great courage that I can face it no matter what. We, along with sir, met many individuals who provided their share of wisdom towards cracking the interview. Mr. Bhagwan Joshi was of great help in this regard. He gave great insights into how one must introduce and make oneself comfortable in the beginning of the interview.

And then finally, 4 months later it happened. On 4th of July the results were announced and I had secured 120th rank. All the efforts of my sirs and my friends had come to fruition. It was indeed a day of fulfillment. The task that I had set upon had ended. In this journey, I met some great wise men without whom my resolve could never have been strengthened, I saw myself in situations from which I wouldn’t have learnt what I learnt to overcome this behemoth of exam. I will always be indebted to the Abhyankar IAS family for their constant support in achieving the dream of my life.